Recipe:
Put semolina, rice flour, wheat flour, salt, cooking soda in a bowl and mix well. Add sufficient amount of water and mix well. The dough should be little harder than chapathi dough. Knead the dough for about 5-10 mins.(Add little amount of oil while kneading the dough.) 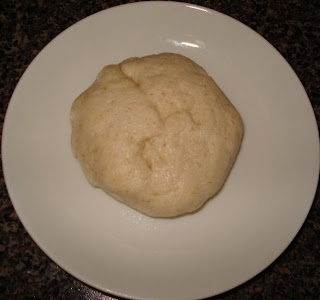 Keep it aside for about 30 mins by covering a lid.(While pressing the dough it should not form any cracks. If it cracks then it should be kneaded properly by adding little amount of oil/water) Take little amount of dough and make a round ball. Roll the ball to a thin round shape without using any dry flour. Take one small round shaped lid or bowl and press it over the rolled chapathi as shown in the picture below. 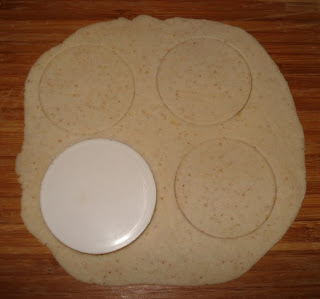 Take out the pressed puris carefully as shown in the picture below. 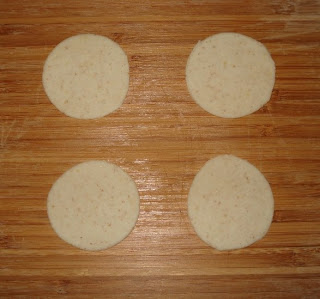 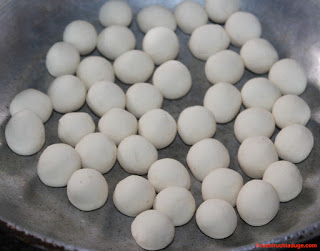 Keep oil in a thick bottommed vessel and heat it. Put the rolled / patted puris at the center and press it little bit till it puffs. Fry both the sides of puri in medium flame until they are crisp. 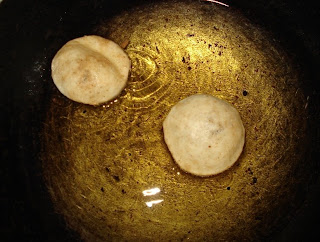 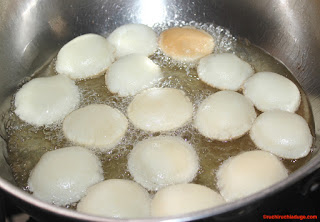 Let them cool for around 1-2 hrs and store them in an airtight container. 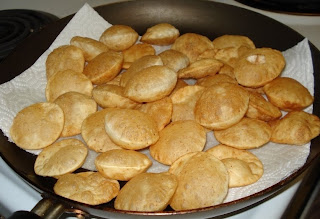 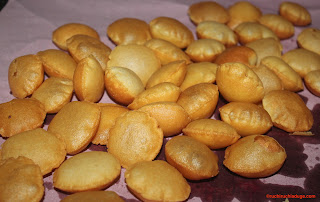 This puris can be used for many chat items like Pani Puri, Masala Puri, Gol Gappa. 70-80 chat puris can be made from the above mentioned ingredients. 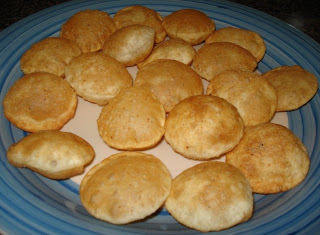 U always mention each & every steps very clearly with pic's it is so perfect.. U r a great cook dear.. how did u learn so many varieties of dishes...? hesarige takka hagide nimma adige.. Awesome blog :-)

Thanks a lot for the nice comments :-)
Please let me know the outcome once you try these recipes ...
I have learnt most of the basic cooking from my mom... then from my MIL.. Some from internet/blogs & some of them are my own experiments!

Awesome blog ever got to see...Am from mysore, recently got shifted to Los angeles CA after marriage. After a quite research i got this wonderful blog. Thanks for uploading so many delicious karnataka recipes. It really helps for newly wed people .

can i use any kind of rava .. or i have to use bansi rava only ... bansi rava means dodda rava right ... plz clarify my doubt

pls send me reciepe of dal kachori i had not found in your blog.

I tried your puris . They came out crispy. But only that the above measurement did not yield 100 puris I got around 50. I wanted to one if it is 1 Tspn or 1 tbsp

Thanks for the feedback. Even I have mentioned in the recipe saying it yields around 50-60 Puris and not 100 Puris!!

Thank you for the recipe. I tried this chat puri but i am not getting puffed puri:)all are like simple rice vada!!! can you please help me.....

Not sure why it did not puff for you.. May be the quality of Rava(Don't use very fine semolina) used..or the consistency of the prepared dough or the thickness of the Puri you prepared

Hi...Can we use baking soda instead of baking powder ?

I have used cooking soda. I have never tried with baking powder. usually baking powder is used to prepare baking foods like Bread, Cakes etc.

Ok...But in the ingredients list and in the recipe you mentioned it as baking powder. So i got that doubt :)

Thanks. Updated the recipe to reflect the same.

You are welcome. I made chat puri according to your recipe. It was good. But it was not much crispy...