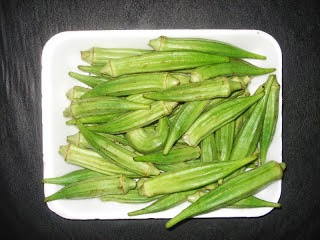 Chop ladies fingers into small pieces(1/2 inch sized) and add it to a thick bottomed vessel/pan. Put tamarind in a bowl, add little amount of water and keep it aside for about 5 mins. Squeeze it and add this tamarind water to vessel. Add jaggary, salt, turmeric powder, chilly powder, 1/4 cup of water and cook it in medium flame. Stir it once in every 3-4 mins. 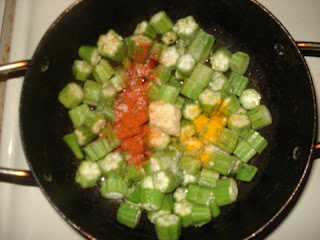 Once the water is almost dried, add grated coconut and keep the Palya in low flame for about 5-10 mins. Put black gram seeds, mustard seeds and oil in a pan. Once it starts spluttering, add curry leaves and add it to Palya. Mix well before serving. It goes well with Rice. 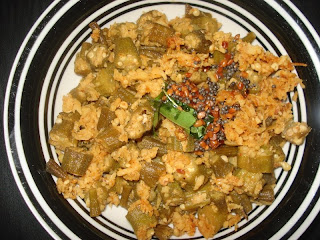 Posted by Krishnaveni at 10:39 PM No comments: Links to this post

Chop carrot, cauliflower into small pieces and cook well. Put cooked vegitables in a mixer and grind it for few seconds. Put the ground mixture in a thick bottommed vessel/pan. 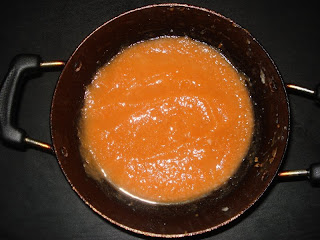 Bake the potatoes, peel it and smash it properly as shown in the picture below. Add smashed potatoes to the same vessel. Add MTR Pav Bhaaji mix, salt and boil it properly. (Add water if required.) Keep it in low flame. Add small piece of butter, chopped coriandar leaves and stir it. 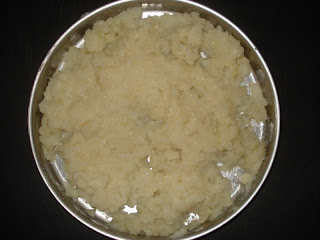 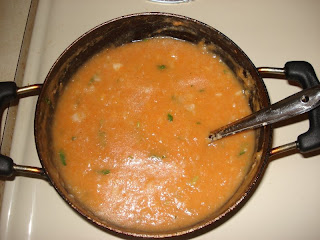 Heat the Tava. Place Pav in a Tava and put butter on both the sides of the Pav as shown in the picture below and roast it in a medium or low flame. 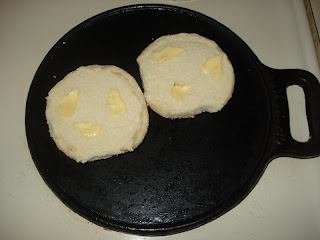 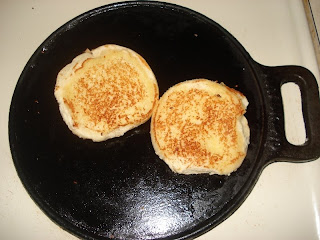 Put prepared pav bhaaji curry in a plate and sprinkle chopped onion, coriander leaves on it. Put little bit of lemon juice on the top of this curry. Eat along with the roasted Pav.

The ingredients mentioned above will serve 8-10 Pavs. 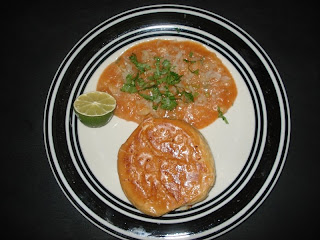 Posted by Krishnaveni at 9:07 PM No comments: Links to this post